The Navy Lark was a BBC radio comedy written by Laurie Wyman and George Evans about the crew of The Royal Navy ship HMS Troutbridge, (a pun on HMS Troubridge, an actual Royal Navy destroyer) based in HMNB Portsmouth, though in series 1 and 2 the ship and crew were stationed offshore at an unnamed location known simply as "The Island." In series 2 this island was revealed to be owned by Lieutenant-Commander Stanton. The series was transmitted on the BBC Light Programme and subsequently BBC Radio 2. It was produced by Alastair Scott-Johnston. Laurie Wyman conceived the idea and wrote the scripts (with George Evans from quite early on, but who was not name checked until the 12th Series onwards). For most of its run, it starred Jon Pertwee, Leslie Phillips and Stephen Murray.

The show was first aired on The Light Programme in 1959 and ran for fifteen series until 1976 making it the second longest running radio programme the BBC has made.

The main characters of The Navy Lark are: Chief Petty Officer Pertwee, played by Jon Pertwee; Sub Lieutenant Phillips, played by Leslie Phillips and The Number One, which was played by Dennis Price in the first series and Stephen Murray from then on. The rest of the regular characters were played by Richard Caldicot, Ronnie Barker, Tenniel Evans, Michael Bates and Heather Chasen.[1]

Programmes were self-contained, although there was continuity within the series, and sometimes a reference to a previous episode might be made. A normal episode consisted of Sub Lieutenant Phillips, scheming Chief Petty Officer Pertwee and bemused Lt. Murray trying to get out of trouble they created for themselves without their direct superior, Commander (later Captain) "Thunderguts" Povey finding out. Scenes frequently featured a string of eccentric characters, often played by Ronnie Barker or Jon Pertwee

The Republic of Potarneyland, a country situated somewhere on the Indian subcontinent, is featured in several episodes. Over the course of the series, it is revealed that Potarneyland had recently been granted independence from Great Britain, and had joined NATO because the Potanis considered it to be a "free gift scheme". During Series 3 of The Navy Lark, a Potarneyland frigate, the Poppadom, appears in several episodes manned by various Potani officers voiced by Michael Bates and Ronnie Barker.

The series used accents and characterised voices to supplement the humour, as well as a good deal of innuendo.

The show's theme tune was a traditional hornpipe called St Ninian's Isle. The programme also featured musical breaks with a main harmonica theme by Tommy Reilly and several enduring catchphrases, most notably from Sub Lieutenant Phillips: "Corrrrr", "Ooh, nasty...", "Oh lumme!", and "Left hand down a bit". "Ev'rybody down!" was a phrase of CPO Pertwee's, necessitated by a string of incomprehensible navigation orders by Phillips, and followed by a sound effect of the ship crashing. Also, whenever Pertwee had some menial job to be done, Able Seaman Johnson was always first in line to do it, inevitably against his will: "You're rotten, you are!". The telephone response from Naval Intelligence (Ronnie Barker), was always an extremely gormless and dimwitted delivery of "'Ello, Intelligence 'ere" or "This is intelligence speakinTemplate:'".

Other recurring verbal features were the invented words "humgrummits" and "floggle-toggle" which served to cover all manner of unspecified objects ranging from foodstuffs to naval equipment.

The series made household names of Leslie Phillips, Jon Pertwee and Richard Caldicot, but Ronnie Barker's versatile contributions were only recognised after he had become better known through television comedy. Michael Bates later appeared on television as Blamire in Last of the Summer Wine and as Rangi Ram in It Ain't Half Hot Mum. Judy Cornwell was later to appear in the short series Moody and Pegg, but became best known when she was cast as Daisy, one of Hyacinth Bucket's sisters in Keeping Up Appearances. Dennis Price returned for a guest appearance in the fourth series episode A Hole Lieutenant

Repeats can regularly be heard on BBC Radio 4 Extra.

There were several radio sequels, including The Embassy Lark and The Big Business Lark. The TV Lark was intended to be a replacement for The Navy Lark starting with what would have been the series' fifth season. This situation came about due to the head of light entertainment believing that "forces" based humour had had its day and television was the next "big thing" so Lawrie was told to create a show with the same cast in an independent TV station situation. Alastair Scott Johnston and Lawrie Wyman tried to stop this folly but were overruled, hence the arrival of The TV Lark. The entire cast had been drummed out of the service (as the announcer puts it) and hired by Troutbridge TV Ltd. Janet Brown joined the cast due to the absence of Heather Chasen for this season. However, mainly due to public pressure, the production team of Alastair Scott Johnston and Lawrie Wyman managed to revert the show back to nautical capers, even though episode ten of The TV Lark revealed that CPO Pertwee had arranged to flog almost the entirety of HMS Troutbridge. Storylines in The TV Lark nudged back to Naval origins across the ten shows until they were finally reunited with Troutbridge and acceptable storylines once more. 10 episodes were made but unfortunately Episode 9 is lost.

In 1959 a film version was made, written by Laurie Wyman and Sid Colin and directed by Gordon Parry. It starred Cecil Parker, Ronald Shiner, Elvi Hale, Leslie Phillips and Nicholas Phipps.

Wyman co-wrote with three other writers a television sitcom HMS Paradise (Associated-Rediffusion, 1964-5) set in a naval shore establishment in which Caldicot played Captain Turvey, but only one series was made. The entire series has been wiped, but a rumour exists that one episode still exists.

The show was condensed from 30 to 27 minutes by Transcription services, then the discs were then exported around the world except for South Africa. As Springbok Radio was a commercial station the BBC refused to allow the station to re-broadcast the British shows so the station acquired the scripts from Lawrie and edited them to around twenty five minutes, to accommodate the commercial breaks. The revised show was recorded by them in front of a live audience. All the UK associations were kept for the Durban audiences which must have been incomprehensible on occasions. Excerpts of these broadcasts can be heard on the Springbok celebration site and occasionally Pumamouse.

S-01 unaired Calling The Antarctic - Not broadcast in the UK.

S-02 unaired Not broadcast in UK. 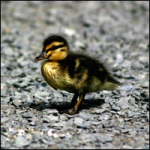